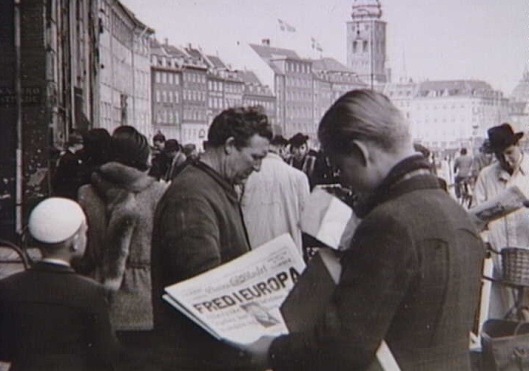 Danes in Copenhagen read of the end of the Second World War, 8 May 1945

At the reception after the Lusitania ceremony yesterday a few of us got to talking about the anniversary that would take place the following day. Today, 8 May 2015, is the 70th anniversary of the end of the Second World War in Europe: VE Day. After more than thirty years of war and bitter peace, the fighting was finally over.

There were many excellent speakers at yesterday’s program. One of the most poignant was Bernd Reindl, the Consulate General of the Federal Republic of Germany. Mr. Reindl’s eloquent words, even his very presence, were a reminder of how far things have come over the past seven decades. He reminded the audience of the current strength of the Atlantic alliances and how much Europe and the United States share in common. These are lessons and words of comfort that can get lost when one looks at all the strife and crises facing our world today. 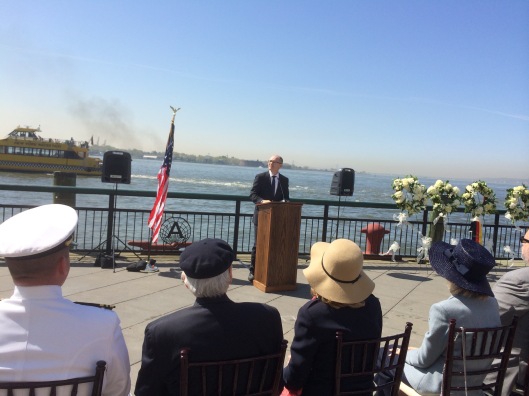 Consul Mr. Bernd Reindl speaks at the ceremony in New York remembering the Lusitania, 7 May 2015