With this year’s Wimbledon final between Roger Federer and Novak Djokovic slated for this morning, it seems appropriate to look back at one of the greatest figures in the history of the All England Club. Anthony Frederick Wilding may not be familiar to contemporary audiences—especially outside the British Commonwealth—but, years before Bill Tilden and René Lacoste, there was Tony Wilding; this New Zealander won consecutive Wimbledon singles titles from 1910-13. To give some perspective, that feat was not surpassed again until Björn Borg won five consecutive titles from 1976-80. Wilding also reached the 1914 Wimbledon final, which coincided with the assassination of the Archduke Ferdinand and Europe’s Last Summer.

Wilding was a frequent winner in the Davis Cup as well; as late as August 1914 he led Australasia to victory in the finals of that event. The headline of the August 14, 1914 Brooklyn Daily Eagle mentions Wilding’s Davis Cup victory over Richard Norris Williams, below which in smaller type is a photograph and an article about British troops making their way to London’s Victoria Station. Wilding’s tennis career ended soon after that Davis Cup victory, however; he joined the Royal Marines and served as an officer on the Western Front. 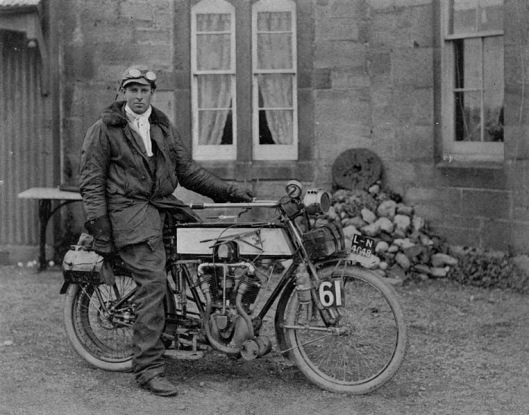 Lawyer, cricketer, motor enthusiast and tennis champion Anthony Frederick (Tony) Wilding as he was in 1908, seven years before he was killed on the Western Front.

Anthony Wilding was born in Christchurch in 1883. His father was a lawyer and he too studied for the bar, reading law at Cambridge’s Trinity College before becoming both a solicitor and a barrister. It was as a sportsman however that Wilding made his reputation in the early 1900s. A star athlete with dashing good looks, he enjoyed London’s Edwardian society and seems to have a hit with the ladies. And why not?

Wilding also had a yen for mechanical things, especially motorcycles, automobiles, and aeroplanes. It is not surprising therefore that he quickly moved from the Royal Marines to the Royal Naval Air Service and eventually the Armoured Car Force. Among other duties he drove Rolls Royce vehicles to the front. He made captain in April 1915, but did not survive the spring. Wilding was killed in a bombardment at the the Battle of Aubers Ridge in Neuve-Chappelle on 9 May 1915. Tony Wilding is buried at the Rue-des-Berceaux Military Cemetery at Pas-de-Calais.

(top image by London: Methuen and bottom image of unknown origin, both via Wikimedia Commons)