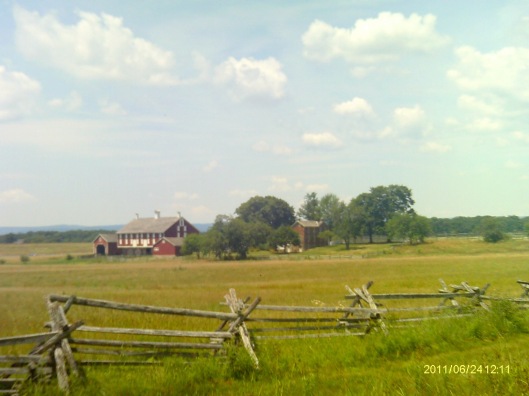 Gettysburg was one of my Aunt Carol’s favorite places.

My mother’s older sister died this past week and I am still trying to process it all. Some may note that Carol Zurlo was a regular commenter here on this website. My aunt was born in Washington DC in 1935, where my grandfather worked in the Navy Yard during the Depression and then throughout the Second World War. The family moved back to Boston in 1945. My own parents lived in Connecticut until we all moved to South Florida in the mid 1970s. My brother and sister and I were cut off from the extended family for the next decade and more. Remember: there was not internet, no cell phones, no text messaging, and no anything else in these years. When you were cut off, you were cut off.

Her last several years were a struggle health-wise but Carol never failed to keep in touch. And it was not just about genealogy. She had an interest in art, history, crafts and quilting, and numerous other things. She was elementary school teacher for so long that she ended her career teaching the grandchildren of some of her original students. After retirement she supervised field trips for her own grandkids’ visits to Gettysburg and elsewhere. Naturally she always filled me in about these excursions. She was also a great Boston sports fan. Over the past dozen or so years each of the four Boston teams have won at least one title. The biggest one, at least as far as my extended family went, was when the Red Sox finally broke through in 2004. I have always been thankful that everyone from these two generations lived to see it. That may sound funny, but it is no small thing.

One of the best things about moving to Brooklyn in the late 1990s is that I was able to reacquaint myself with much of the extended family. When I began tracing my family history about a dozen years ago the two individuals who helped fill in the most about their respective sides of my family were my father and my Aunt Carol. Others filled in gaps as well, and have even generously taken me to the old schools, houses, and final resting places of our relatives. My dad and aunt were the foundation though. This made sense, as they were both the oldest siblings and so had the most memory to fall back on. Now both my father and Carol are gone, but what they passed on to me has been saved.

6 thoughts on “Remembering my Aunt Carol”