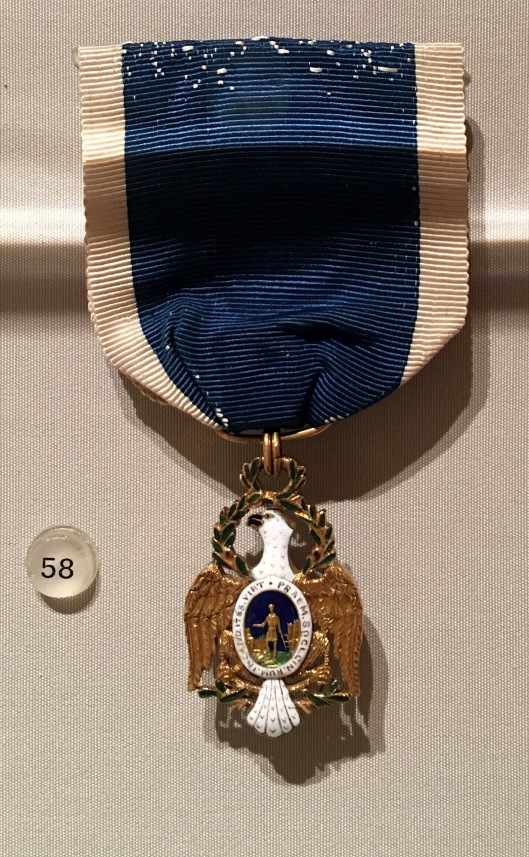 Here is something one does not see every day. It is a circa 1790s medal of The Society of the Cincinnati. The Cincinnati was an organization founded by American officers of the Revolutionary War in the 1780s just as the conflict was winding down. The first owner of this would thus himself have fought in the war. The “original” Cincinnati, Lucius Quinctius Cincinnatus, was a Roman statesman and military leader who gave up power so as not to become a martial dictator. It was in this same spirit that George Washington resigned his own commission in December 1783.

I took this image yesterday at the Yale Art Gallery. Francis Patrick Garvan and his wife Mabel gave the medal and 10,000 other objects from the Colonial and Early American periods to Yale in 1930 in celebration of their twentieth wedding anniversary. It was the Garvan’s hope that these items be seen by as many people as possible, both via display in the Yale University Art Gallery itself and through loan to such institutions as Mount Vernon and elsewhere so that the items might, in the Garvan’s own words according to a 1938 Yale arts bulletin I discovered in JSTOR, “become a moving part in a great panorama of American Arts and Crafts.”