I had the opportunity this past weekend to spend some time with the official historian of a particular American military unit. This is an outfit that stretches back to the mid-nineteenth century and has fought in most of America’s engagements since that time. No longer active duty, this individual traces his time with the outfit back to the early 1970s. During our conversation he mentioned the unit’s annual dinners, which he has attended going back to his days as a young, active duty officer. I asked him if at these annual gatherings he ever had the opportunity to meet and talk with any of the Great War veterans who had worn the regiment’s insignia in 1917-18. He lit up when I asked and said that indeed he had. These WW1 veterans would have been in their mid 70s at the time.

The historian filled in a few anecdotes before noting ruefully that while he had indeed made these men’s acquaintance, he did not engage with them as extensively as would have liked today. Now those doughboys are all gone. Of course he was not the unit historian at that time, but a young, Vietnam-era officer with much on his mind. Today as the unit historian he has made certain to record and preserve all he can about the rapidly fading WW2 veterans. In just a few years they too will be all gone.

The fall semester, indeed the entire 2016-17 academic year, started this past Thursday. This term our students are studying Brooklyn’s Grand Army Plaza, with the first few weeks dedicated to the Battle of Brooklyn in order to give students a sense of place. Today my colleague and I were in Prospect Park following the route of George Washington men on this date 240 Augusts ago. I believe there were a few events scheduled for later in the day but I was surprised that no one else was looking at these markers. Here with little comment are a few snapshots from the day. 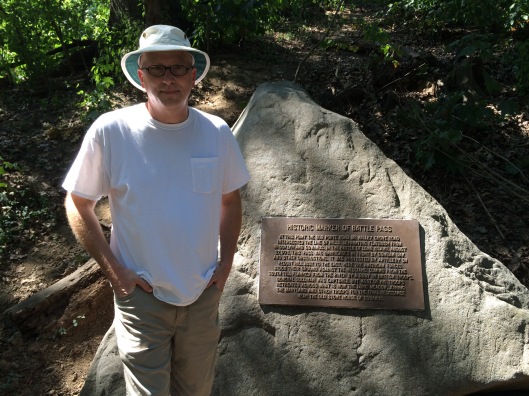 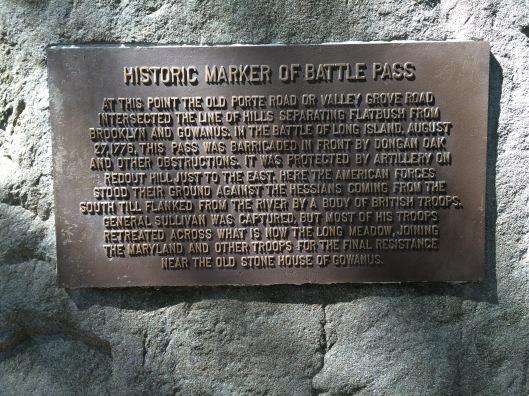 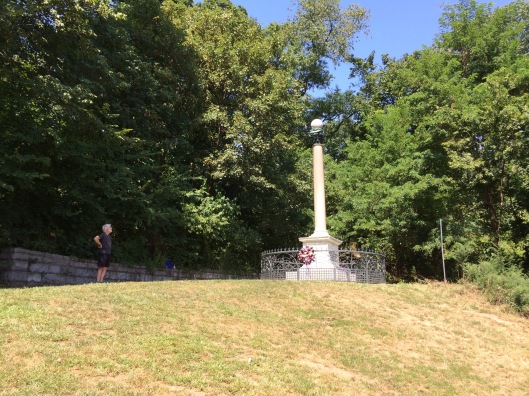 The other day I received the brochure you see here in the mail. It is for the 11th annual Roosevelt symposium at Dickinson State University in North Dakota. When one thinks of Roosevelt’s legacy the Birthplace in Manhattan and the house in Oyster Bay, Long Island immediately come to mind, along with the Theodore Roosevelt Association too of course. The staff at Dickinson State’s Theodore Roosevelt Center however have been doing an incredible job preserving TR’s legacy. I noted with interest that this year’s focus is Theodore Roosevelt as elective candidate. It is lost on some today how many constituencies to whom Roosevelt had to appeal to in his decades of public service. He entered the arena for the first time in 1884 and remained so more or less continuously until 1912. Like a good politician he could many things to many people: an old Knickerbocker to his Silk Stocking Manhattan neighbors, a Southerner below the Mason-Dixon line through his mother’s side of the family, and a cow poke out West.

In a presidential election year it is easy to see why organizers are focusing on Roosevelt as candidate. Of course his hat was not in the ring 100 years ago; after the fracture of the Republican Party in 1912 he sat out the campaign four years later. He was a perennial thorn in Woodrow Wilson’s backside in the lead-up to the 1916 election. Running on the mantra that he had kept America out of the European war, Wilson defeated Charles Evans Hughes fairly handily. Alas I will not be able to attend the symposium but I do intend to keep an eye on if the TRC will be live streaming the conference, which runs from September 29-October 1.

Author Brent D. Glass spoke about his new book 50 Great American Places this afternoon in the Commanding Officers Quarters at Governors Island. Author talks are not unusual at Governors Island but there was a particular reason Mr. Glass showed up when he did: this August marks the 100th anniversary of the founding of the National Park Service. President Woodrow Wilson signed the enabling legislation on August 25, 1916. That signing came in the midst of the presidential election and less than a year before American entered the Great War. Not all of the places about which Mr. Glass writes in his tome are under the auspices of the Park Service; some are state or local concerns, or even in the hands of privately-controlled institutions.

Glass is Director Emeritus of the National Museum of American History, Smithsonian Institution and categorized the selections into five themes, which included Democracy, Cultural Diversity, and Military. Among the sites included are the Seneca Falls (NY) Convention, the Statue of Liberty, Mesa Verde, Little Rock Central High School, and Gettysburg. That last one had special resonance for Glass; his father had trained under Eisenhower at Gettysburg’s Camp Colt during Word War I. Glass added that though Eisenhower’s job was to train doughboys in tank warfare, so unequipped was the Army that his father did not see an actual tank until he reached France. I’d read this from others’s accounts of those training exercises.

Summer is winding down but there is never a bad time to explore America’s cultural heritage. There is no substitute for going where history was made, and Brent D. Glass provides a valuable guide for doing just that.

Swing Street was the scene for New York’s jazz clubs and a hangout for GIs.

I am sorry about the lack of posts recently. This is the time of year when I slow down a bit, relax, and prepare for the coming academic year. I’ve spent much of the past week and a half listening to the Mets lose night after night. Queens’ Major League Baseball Club has not won two game in a row since July 6.

I had an interesting experience at Governors Island last week. I was there this past Thursday to conduct two oral histories with another volunteer. The first one was with a gentleman who worked in the Military Police in the 1950s. I took the opportunity to ask him a question that had long bothered me. Some readers may know that Castle Williams served as an Army disciplinary barracks for many decades. In my reading of many jazz histories and biographies over the years a recurring theme that Miles Davis, Dizzy Gillespie and others repeatedly came back to was the considerable Military Police presence on 52nd Street. “The Street” as it was known–no number was required if you mentioned jazz–was notorious for men in uniform drinking, fighting and causing mayhem. (It is a story for another time, but in retrospect it seems obvious that many of these GIs were suffering from ptsd.)

It was always my speculation that when these servicemen got into trouble the place to which they were usually taken was Governors Island. The Army would have handled such matters, not the civilian NYPD. Still, this was all conjecture on my part; in all my reading on both jazz and Governors Island, I never saw anything in writing that backed up my educated guess. That is, I had no corroboration of this until last week, when during the oral history I asked the interviewee if such was indeed the case. To my great satisfaction he confirmed what I had long suspected: that the uniformed servicemen picked up for making trouble on 52nd Street back in the days of the great nightclubs were indeed brought to Castle Williams on Governors Island. It fits into the narrative of Castle Williams as a minimum security facility. These troublemakers would be brought to be processed, sleep it off, and wait for the next step in the process. I cannot tell you how pleased I was to hear this firsthand from the former MP himself. 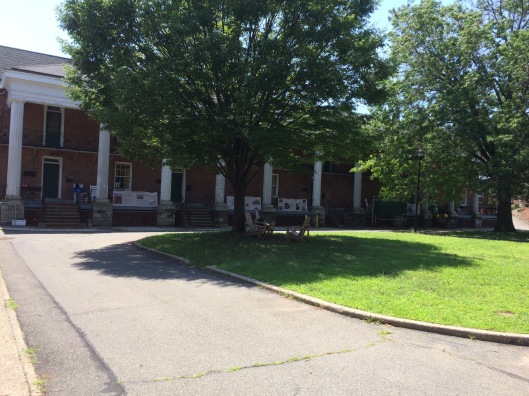