Hey everybody, you may or not know that President Ulysses S. Grant created the first national park when designated Yellowstone as such in 1872.  Who was aware, however, that at least some of the great sequoias were named after our Civil War generals? 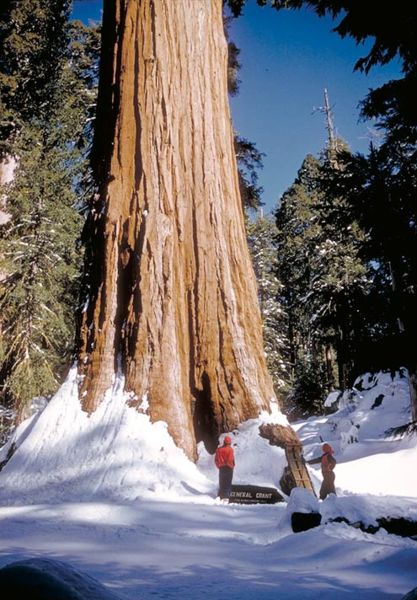 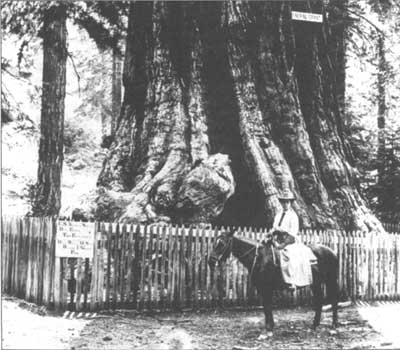 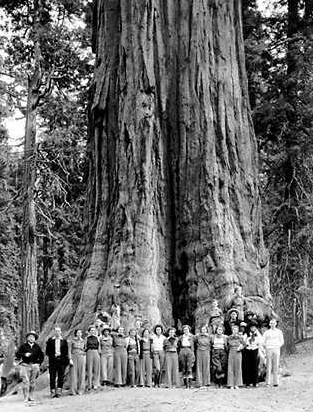 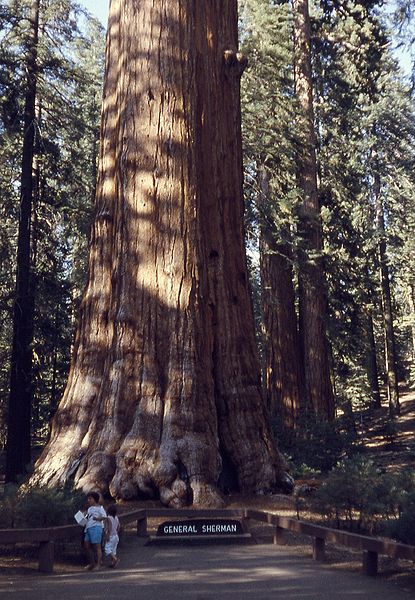 The Sherman tree is taller (photo by Robert J. Boser) 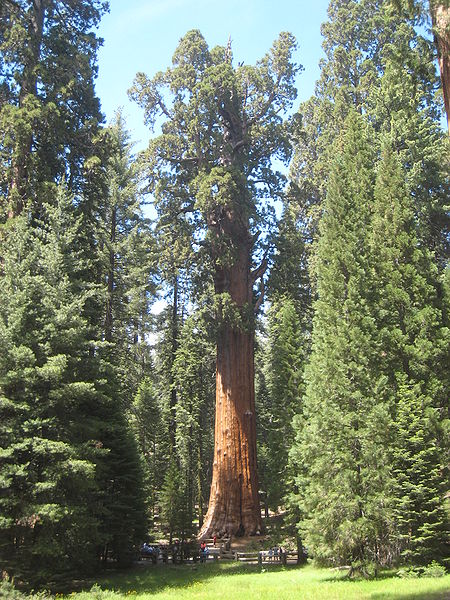 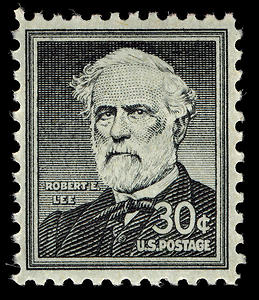 James C. Cobb has a thoughtful piece on the evolving legacy of Robert E. Lee.  The how and why of how Lee came to represent the ideals of the Lost Cause is a fascinating story we are still trying to untangle.  Say what you will about the Southern Historical Society and its disciples, but they managed to control the narrative for nearly a century.

I thought I was the only one who noticed the increasing use of the word literally in the figurative sense.  All perpetrators should literally be drawn and quartered. 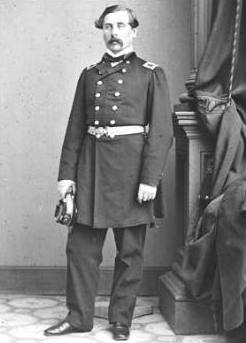 One hundred and fifty years ago today the 69th New York returned to New York City after the disaster at Bull Run.  On November 11th of this year the regiment returns to New York again in the form of the Louis Lang painting Return of the 69th (Irish) Regiment, N.Y.S.M. from the Seat of War.  The painting was lost just after the Second World War and had deteriorated significantly before being rediscovered in a New Jersey warehouse a few years ago.  The artist had given the painting to the New-York Historical Society in 1886 and the institution recently commissioned the Williamstown Art Conservation Center to restore the work to its proper condition.  Art Conservator, the center’s periodical, has more on the restoration.  The New-York Historical Society is one of the hidden gems of New York City cultural life.  I am so looking forward to seeing it re-open later this year and to see, also, the return of this long lost art treasure.

Anyone who has seen Ken Burns’s The Civil War knows the Sullivan Ballou letter.  The Washington Post has more on the Rhode Island officer killed at First Manassas.

I am writing this from Washington, DC.  Today marks the 150th anniversary of the First Battle of Bull Run, which took place only about thirty miles down the road.  It was not until I began visiting DC regularly a few years ago that I realized just how close to the capital the Civil War occurred.  Fifty years ago today New York State made some history of its own when it donated one hundred and twenty six acres of Virginia countryside to the federal government.

The monument to the Fourteenth Brooklyn was rededicated on July 21, 1961.  Thankfully it today lies within park boundaries.  (photo by William Fleitz, NPS)

In 1905 and 1906 the New State legislature authorized the purchase of six acres of land for the construction of monuments for the 14th Brooklyn (later renamed the 84th New York), the 5th New York (Duryee’s Zouaves), and the 10th New York (National Zouaves).  Each regiment was granted $1,500, which was the standard rate for such projects at the time.  (The monuments for the latter two regiments were in recognition of those units’ actions during Second Bull Run.)  The three monuments were dedicated together on October 20, 1906, with scores of veterans taking the train from New York City and elsewhere in a pounding rain.

Fast forward to the early 1950s, when New York State officials prepared to give the six acres to the Manassas National Battlefield Park.  The deal became complicated, however, when the legislative Committee to Study Historical Sites realized that encroaching development threatened to cut the three monuments off from the rest of the battlefield.  Chairman L. Judson Morhouse advised the state to buy an additional one hundred and twenty acres to ensure that the Empire State’s units would fall within the parkland.  The state agreed and purchased the acreage in 1952.  Later in the decade the New York State Civil War Centennial Commission, Bruce Catton Chairman, proposed to transfer the land to the Park Service during the 100th anniversary of First Manassas in 1961.  Not surprisingly, the NPS was amenable to this and so fifty years today Brigadier General Charles G. Stevenson, Adjutant General of New York, handed over the deed to Manassas superintendent Francis F. Wilshin. 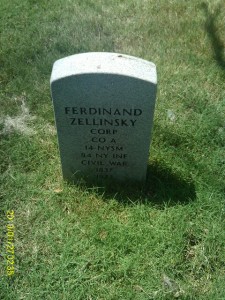 Hey everybody, the Hayfoot and and I took some time off from the Civil War and ventured two hours north of the city to Hyde Park.

The Park Service has a great amenity called the Roosevelt Ride.  Once a day during the season this bus picks up visitors at the Poughkeepsie train station, takes them to the various Park sites in the area, and returns them in the early evening for the train back to Grand Central.

This is Top Cottage, Roosevelt’s retreat on the grounds of the estate.  I think mainly he was retreating from his mother Sara. 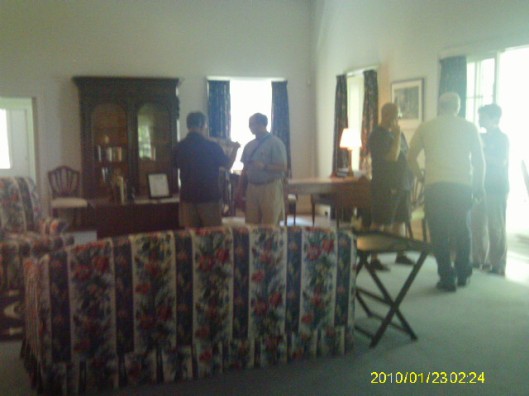 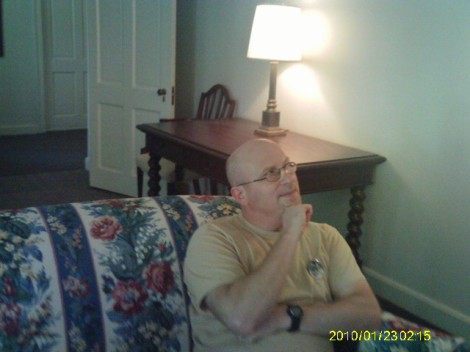 Yes, you were allowed to sit on the furniture.  This was FDR’s spot on the sofa, which is not the original.

This is difficult to make out but it describes the visit of Queen Elizabeth and King George VI to Hyde Park.  Indeed, this was the royal figure depicted in The King’s Speech.  The Roosevelt Administration tactfully ensured that the king would not have to address a joint session of Congress.  The couple were on a goodwill tour of North America and traveled to Hyde Park to spend some informal time getting to know the the Roosevelts.  The king and queen visited Franklin and Eleanor in June 1939, less than three months before war broke out in Europe, and were the first British monarchs ever to visit the United States.  That they would go so far out of their way says something about the shifting balance of power in the Anglo-American alliance.

The Fala rug is a nice touch

We also went to the nearby Vanderbilt Mansion, the inside of which was ghastly even by Gilded Age standards.

It does offer spectacular views of the Hudson, though. 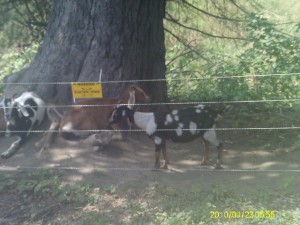 Here are some National Park rangers you don’t see every day.  In the distance we saw these goats and walked down to investigate.  As it turns out the Park uses goats to control the grass on the treacherous slopes.

The sign explained the project.  If you look closely you will see that they are doing the same thing underneath the Verrazano-Narrows bridge at Ft. Wadsworth, something I did not know when we visited this past March.  The goats are only out during the grass growing season, which explains why we did not see them in the winter.  Leave it to the Park Service to come up with something like this. 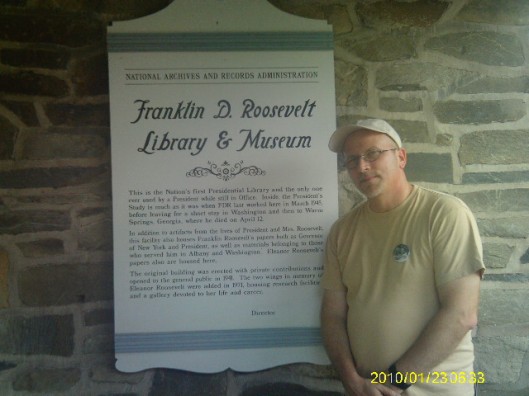 This is just one of the many books Eleanor Roosevelt wrote.  I was especially struck by this one, having written my masters thesis on relations between the United States and India during the Cold War.  In addition to her books, Mrs. Roosevelt published thousands of “My Day” columns over the decades. 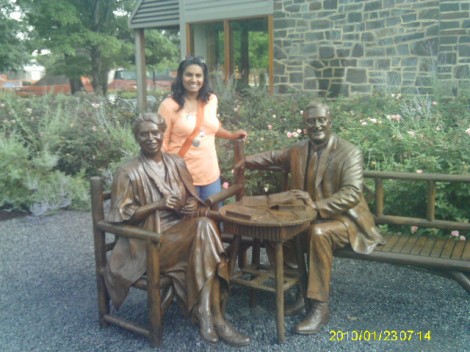 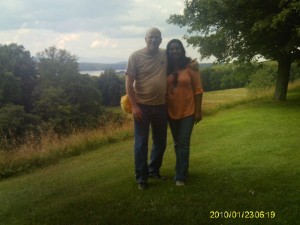 Summer 2011: Taking our show on the road

When I return from a trip to a Civil War battlefield I often get asked the question above.  Contrary to what many believe, the National Park Service does not permit the reenacting of Civil War battles on Park property.  The Park Service does allow Living History programming, such as demonstrations of artillery and musketry (with blanks) and camp life.  To clear any confusion, the NPS has created this video.

Cypress Hills Cemetery is a public burial ground on the Brooklyn-Queens border.  One takes the J train to nearly the end of the line.  The cemetery was established in 1848 and is the final resting place of musician Eubie Blake, artist Piet Mondian, and Mae West to name a few. 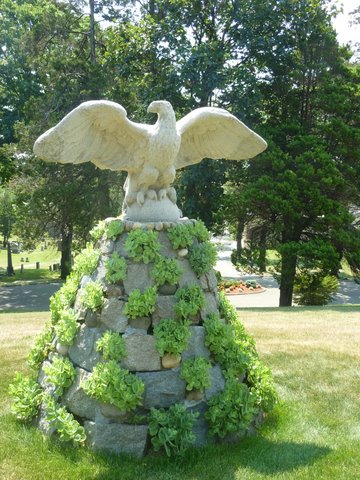 This is the War of 1812 memorial.  The bicentennial of our second war with England starts next year. 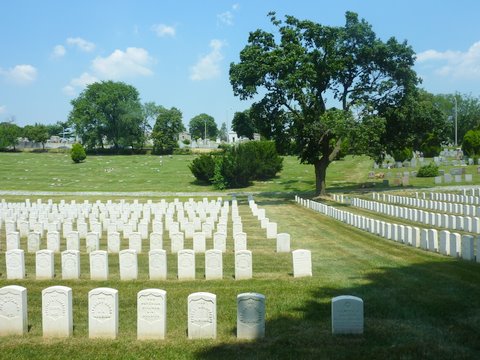 This is the Civil War section of the public cemetery.  As you can see, there are Union and Confederate dead interred here. 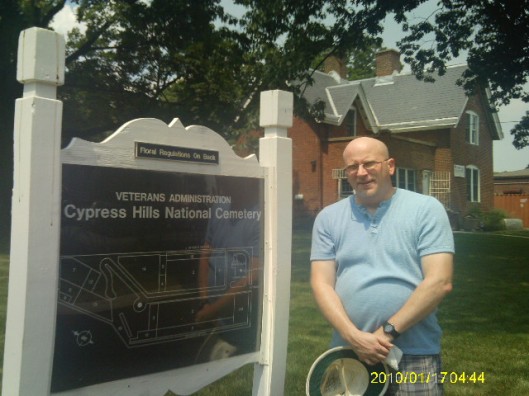 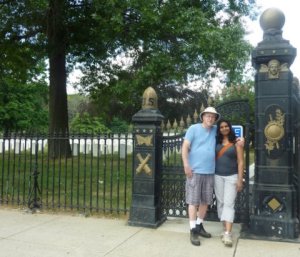 Down the street is Cypress Hills National Cemetery.  Not to be confused with the public facility, CHNC is one of the fourteen original national cemeteries created by President Lincoln in 1862.  With so many young men dying, there was no choice but to create such sites. 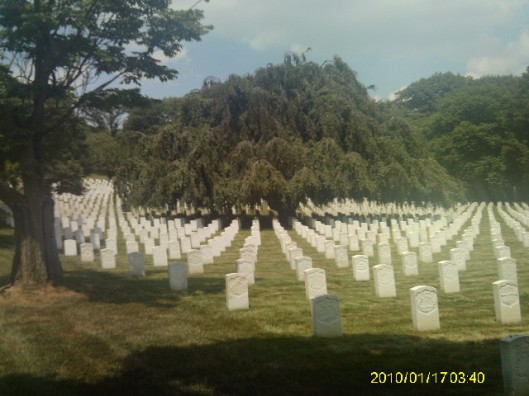 It is always moving to see the headstones lined up row after row.

Like its counterparts at Gettysburg (stereoscope above) and Antietam, it has a rostrum. 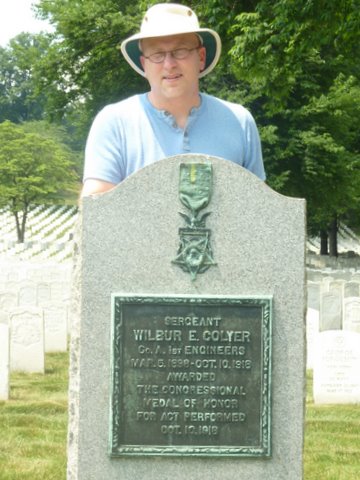 Congressional Medal of Honor recipient Wilbur Colyer is buried here.  Colyer was born in Brooklyn and was a soldier in the Big Red One.  The Fighting First trained at Governors Island before shipping out to France during the Great War.  Sadly, Colyer died just one month before the Armistice.

Our good friend Sami accompanied us.  He too is a volunteer at Governors Island and knows a great deal about New York City history. 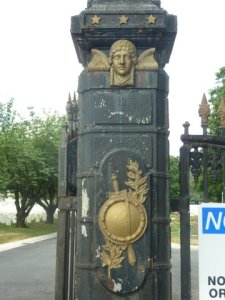 The cemetery is a simple one, but there is still detail to be seen if one looks closely.

One sees the changing dynamics of the neighborhood as well.

What a special day this was.