In one hundred and fifty years we have gone from this 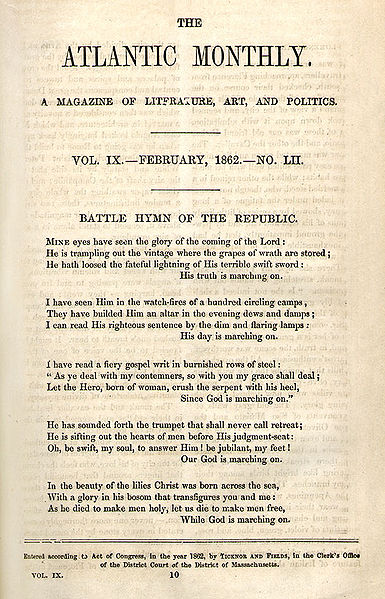 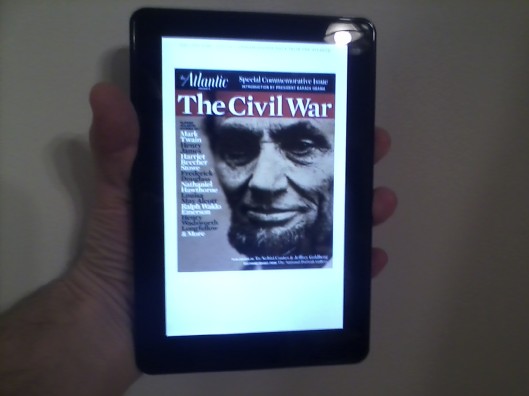 Here is something you would not have heard me say six months ago: I just downloaded a magazine to my mobile device. And it wasn’t just any magazine but the The Atlantic’s Civil War Commemorative Issue. I am looking forward to the essays by Ta-Nehisi Coates and Jeffrey Goldberg. Also included are pieces from The Atlantic’s vaults by Emerson, Thomas Wentworth Higginson, Frederick Douglass, and others. President Obama wrote the introduction.

Since August we have added two Kindle readers, a Kindle Fire, an iPad 1, and a Mac Air to our household. To say it has been a lifestyle change would be an understatement. For one thing, there are cords and plugs in a pile on the living room floor; something is always being recharged. I still have a steep learning curve and there have been some frustrations along the way, but I have enjoyed the process. What is interesting about the Civil War Sesquicentennial is that it has coincided with the mainstreaming of the blogosphere, social media, and mobile reading devices. Whether it was 1861 0r 2011 it is still about the content, though. A day hasn’t gone by since the sesquicentenial began where I haven’t learned something. Exciting times.