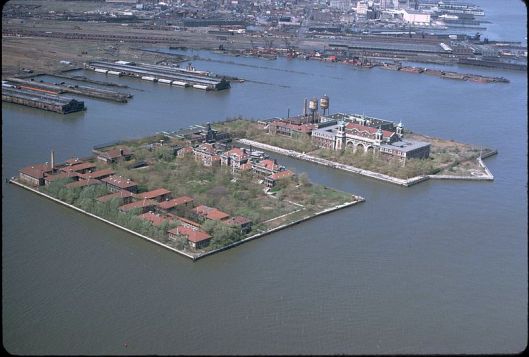 The hows and whys involved in the creation of museums and national parks are fascinating. Often when people visit a historical site such as Gettysburg, Shiloh, or Antietam they merely assume that the current layout of the site was preordained. Nothing could be further from the truth. Take Shiloh National Military Park as an example. The historical site is about 4,000 square acres. The battlefield is where it is because two armies fought there, but the park developed the way it did due to to the political and economic vagaries of the late nineteenth century. Perhaps a farmer would not sell his orchard where hard fighting took place to the government. Or maybe a statue for some general had to be redesigned because the money ran out. Timothy B. Smith’s The Golden Age of Battlefield Preservation is the essential introduction to the subject. The same principles apply to natural sites as well. Horace Albright discusses the sausage making involved in the creation and expansion of Yosemite, Yellowstone, and other places in his chatty The Birth of the National Park Service. How do you make sure the Grand Tetons will be preserved forever and not subject to development? Well, you wine and dine the right people.

When I was a volunteer at Ellis Island I became fascinated with the history of the immigration station. I am old enough to remember the renovation undertaken in the 1980s with the assistance of Lee Iacocca among others. The island ceased its immigration work in 1954 and sat, vacant and dilapidating, in New York Harbor for a decade. In 1964 Secretary of the Interior Stewart Udall recommended to President Lyndon Johnson that Ellis be declared a nation monument. Johnson signed the legislation on May 11, 1965. One month later renowned architect Philip Johnson was commissioned to create a museum, and in February 1966 Johnson unveiled his design. Johnson’s Ellis Island would have included stabilized ruins of the immigration building and the hospital, which would have been left in a state of semi-development to promote contemplation. These would have been accompanied by a 130 foot spiral monument visible from Brooklyn and Manhattan. Johnson said at the time of the unveiling that “I wanted to call attention to the island without insulting the Statue of Liberty” just across the water. The circular structure would have stood twenty feet shorter than the base of Lady Liberty. It is an intriguing concept that of course was never carried out, probably because it would have cost twice as much as Congress appropriated for the undertaking.

The island remained as it was for another decade until the Park Service began giving tours on a limited basis starting Memorial Day weekend 1976, six weeks before the Bicentennial. Finally in the 1980s renovations began in earnest and in September 1990 the museum as we know it opened its doors. Philip Johnson’s idea is an intriguing “what if” and something to contemplate the next time one is at Ellis Island, or any historical site you happen to visit.