Today was a special day. The wife and I went to the Schomburg Center for Research in Black Culture to see President Abraham Lincoln’s handwritten draft of the Preliminary Emancipation Proclamation. Lincoln released the document 150 years ago yesterday, 22 September 1862, five days after the fighting ended at Antietam. 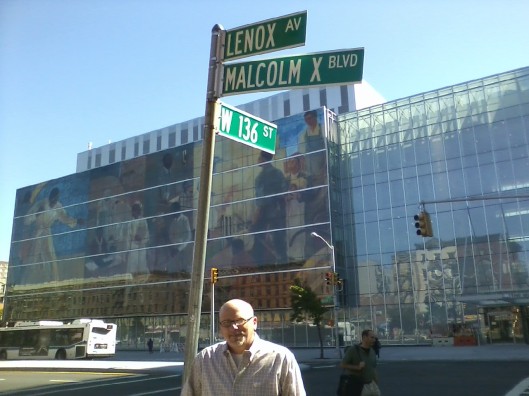 The Schomburg, part of the New York Public Library, is located between 135th/136th Streets and Lenox Avenue. The weather today could not be beat and there many people out enjoying the day.

After a short film narrated by Morgan Freeman one enters the library’s museum space on the second floor.

The exhibit was just the right size, small with a focus on the proclamation itself. There was some signage such as this that put emancipation into context, before the war, during Reconstruction, through the Civil Rights Movement, and today. A nice touch were portions of a draft of a speech given by Martin Luther King Jr. to the New York Civil War Centennial Commission’s Emancipation Proclamation Observance on September 12, 1962. It is not a coincidence, as some have made it out to be, that the Civil War centennial and Civil Rights movement overlapped. Less than a year after commemorating the president’s proclamation, King spoke at the Lincoln Memorial during the March on Washington.

Lincoln donated the above document to the U.S. Sanitary Commission in 1864 to be raffled off for the Union war effort. It is now owned by the New York State Library. Thankfully it was not lost in the Great Capitol Fire in Albany in 1911. 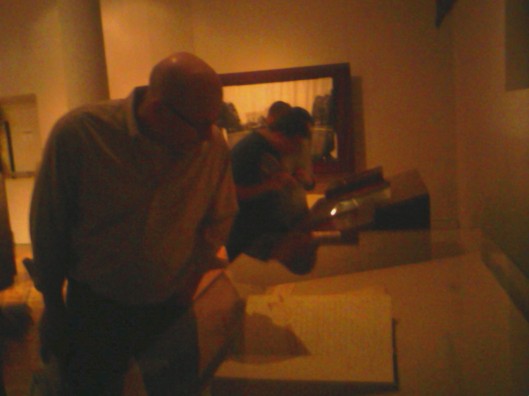 Also on display was this is an original copy of the proclamation, owned by the National Archives. Because flash photography was not permitted some of the images from our cellphones are grainy. The Emancipation Proclamation was written by Lincoln the Lawyer and does not contain the literary flourishes one finds in the Gettysburg Address and Second Inaugural.

The security guards told us they were getting big crowds for the four day event held at the uptown library. It is always good seeing parents bringing children to such events. The proclamation will travel to seven other New York cities this fall. I cannot tell you how special it was to witness this. 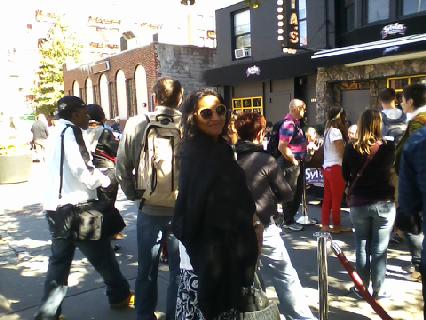 When in Harlem, go to Sylvia’s