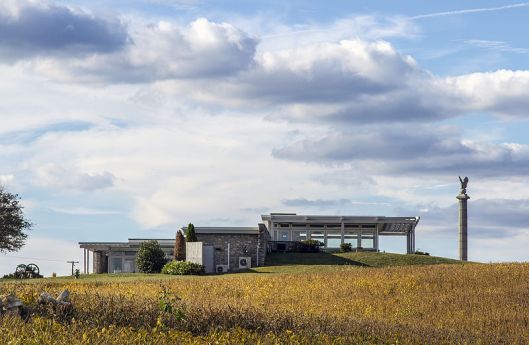 There were larger issues at stake during the government shutdown, but one of the most distressing things about the episode was the treatment of the Park Service and its personnel. The finger-pointing and grandstanding were painful to watch, and I don’t think it is melodramatic to say they may leave permanent scars on the agency and on the parks themselves. There have been spectacular successes during the Sesquicentennial. I was in Washington DC in July 2011 and remember watching the nearby Manassas coverage on television; the Hayfoot and I were in Gettysburg in person in the days leading up to the Gettysburg 150th and can attest to the level of preparedness on display. The electricity in the air was palpable and you understood that you were seeing history in the making. Despite these triumphs, the Service has struggled with budget cuts and other issues in recent years.

The NPS centennial is now just three short years away and given the current climate one cannot help wondering if and how the current tension might affect that anniversary. In the 1950s President Eisenhower enacted Mission 66, a decade-long initiative to improve the parks. America’s national parks had received internal improvements in the 1930s during the New Deal, especially under the auspices of the Civilian Conservation Corps. By the 1950s, however, sites were under considerable strain as an increasingly prosperous and mobile population  toured the USA in their Chevrolets. More visitors means the need for more better roads & trails, more sewage & sanitation facilities, increased food & lodging, and all the rest. Hence, Mission 66. Given current realities, a Mission ’16 is probably not in the cards. Still, one hopes something with lasting benefit comes out of it.  It is an issue worth watching and the next several months will tell us a lot about how it plays out.