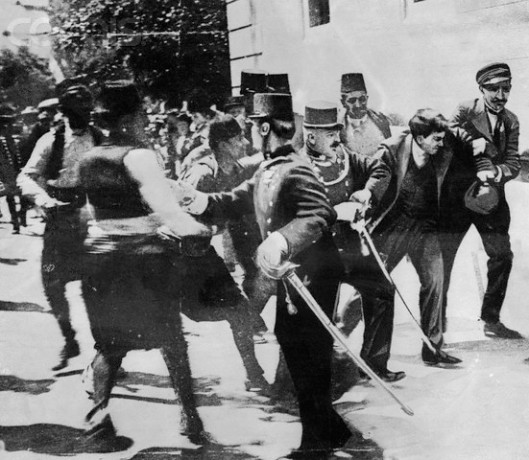 The Great War Centennial begins today with the 100th anniversary of the assassination of Archduke Ferdinand. As I have stated several times over the past few weeks I intend to do a fair amount of WW1 Interp and other work on this over the next several years. I am even boning up on my French to better help myself. I know from having attended the Centennial Commission trade who in DC two weeks ago that many museums and other institutions are gearing up for this. The publishers are too. Today I began Thomas Otte’s July Crisis: The World’s Descent into War, Summer 1914. Like the Civil War, the Great War is so fascinating because it is both so close and so far away at the time. In ways we are still fighting both of them.

I am fortunate in that the two Park Service sites at which I volunteer, Governors Island National Monument and the Theodore Roosevelt Birthplace, offer numerous opportunities for such endeavors. The sites even offer opportunities for the Joseph Hawley and Theodore Roosevelt Senior books, which are proceeding apace. Over the summer I am going to share more here on the blog and Facebook page about my progress, something I have not done so much yet.

(image/the arrest of Gavrilo Prinzip after the assassination of Archduke Ferdinand, 28 June 1914)