I have been following the story of the personal papers of Richard Greener off and on for a few years now. As you can read from previous posts below, the papers were discovered during a home restoration in Chicago a few years ago. Since then the documents have been sold incrementally. I am glad the worker who found them did not get ripped off and that he has managed maintain control. Next week on August 6 one of the most prized artifacts–Greener’s 1865 Harvard College diploma–is going on the auction block. It is expected to fetch $10,000-15,000. We shall see what happens.

A year and a half ago I wrote the post below about the rediscovery of some of the effects of Richard T. Greener. There was great interest and speculation about where these things would end up. Appropriately, they have returned to the University of South Carolina. Find a half hour over the weekend to watch the ceremony that took place earlier this week.

Further update: This was a more complicated story than I first realized. Boston Magazine has more on the story, including a threat to burn the documents. Crazy.

I have written before of my appreciation for the recovery of Long Lost Items. The stories are exciting precisely because of their unexpectedness. You are reading the newspaper one day and learn, for instance,  that a WW2 German U-boat has been discovered off the coast of New Jersey, as actually happened about a decade ago. The other day a friend forwarded me this piece about the discovery of a cache of personal effects once belonging to Richard T. Greener. That many readers might not know who Greener was is unfortunate, because he was very much the equal of Frederick Douglass, Booker T. Washington, and even W.E.B DuBois. Greener was the first African American graduate of Harvard College, entering that institution in September 1865 as a member of the first class to enroll after the Civil War’s end that April.

In the early 1870s Greener was the principal of the Male Department in the Philadelphia Institute for Colored Youth. He soon took a similar post at a school in Washington DC. Eventually Greener earned his law degree from the University of South Carolina. While studying there he traveled through the heart of the fire eating Palmetto State preaching the gospel of racial equality, often under considerable threat of violence. Wisely, Greener left South Carolina as Reconstruction was ending. He moved back to Washington where he served as Dean of Howard University’s Law School, but left after a few years to open his own highly successful practice on T Street. Greener was a Republican and a close friend of U.S. Grant’s. He was secretary of the Grant Monument Association and was thus largely responsible for the creation of Grant’s Tomb. He even procured funds from African nations such as Sierra Leone for this endeavor. Later he served in India, China, and Russia in the McKinley and Roosevelt Administrations. (It is always surprising to read/hear of Americans serving in such far flung regions in the nineteenth century.) 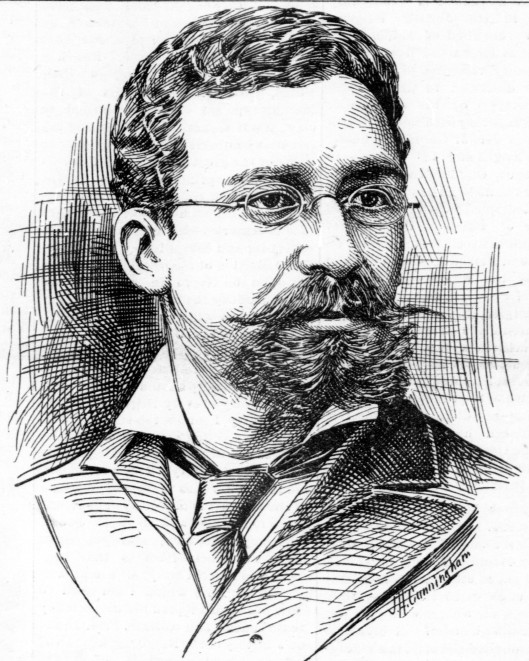 In the earlier twenthieth century Greener had fallen into obscurity, eventually moving to Chicago. That so few know who Richard T. Greener is today is partly because his family was not there to protect his legacy. Many had changed their name to Greene and lived their lives passing in White America. Greener died in 1922.

The documents that came to light the other day were found in a derelict house in a rough neighborhood on Chicago’s South Side. A construction worker found them in a trunk in 2009 and saved them by stuffing them in a paper bag. Included are Greener’s Harvard diploma and his personal correspondence with President Grant. How these items came to be found in  a derelict home open to drug addicts is one of the story’s great mysteries. Time will tell where these items will eventually settle. Wherever they do end up, we can only hope they restore Greener to his rightful place in the pantheon of Great Americans.

(image/J.H. Cunningham for The Colored American)