I hope everyone had a good Thanksgiving. It is now early Saturday and I am getting ready to face the subway and head to the Roosevelt Birthplace. It should be a fun and hectic day. Thanksgiving through New Year is the busiest time of the year for the Park Service sites here in New York City. I was in the city on Tuesday and it was loaded with tourists.

Before taking off I thought I would share some images. The first two I took last week. This little room is my favorite in the house. When the Roosevelts lived here this small space was Theodore Senior’s office. Now it houses just a few items. I love this spot because it give a sense of who his son–the future president–came to be.

This was Theodore Roosevelt’s file cabinet from when he wrote for the Kansas City Star. I have always loved that he worked for the same newspaper for which Hemingway later wrote. As you can see from the description Roosevelt wrote for the Star from 1917-19. These were of course the years of America’s involvement in the Great War. Roosevelt was primarily an editorialist during this time and he used his column mainly as a pulpit to criticize Woodrow Wilson, not always fairly. There was something about Wilson, beyond his policies, that brought out the worst in Roosevelt. The same was true of Wilson’s other nemesis, Henry Cabot Lodge. 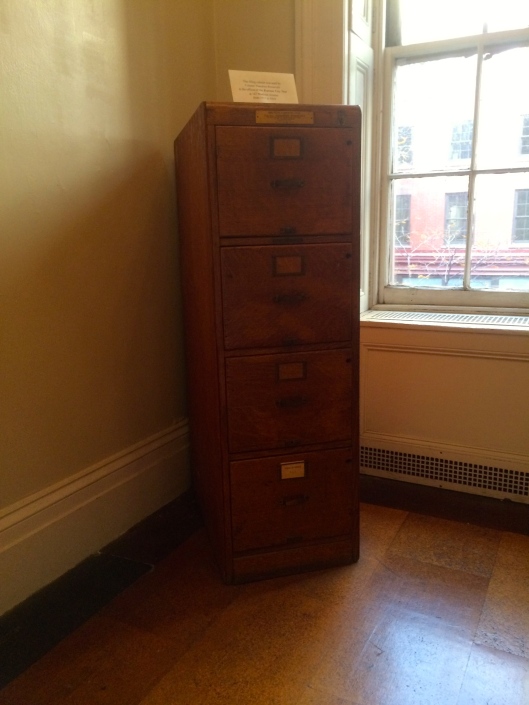 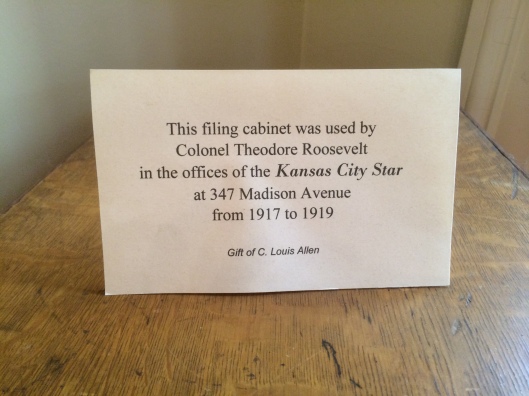 Two years after Theodore Roosevelt’s death the RMA edited these articles and published them in book form. Despite his often harsh tone Roosevelt was correct in many of the pieces. It is easy to forget how worldly and well-travelled Theodore Roosevelt was. He knew many of the leading generals and politicians fighting for both the Allied and Central powers. What is more, he had been traveling to most of these countries for more than four decades. He first visited Europe in 1869 when he went on the first of his family’s grand tours. He was also multi-lingual. 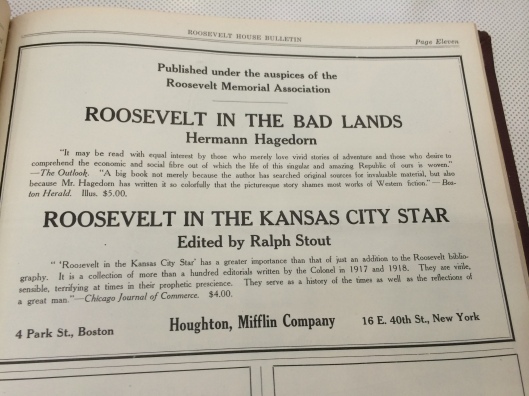 Reading the book today it comes across almost as diary of American involvement in the war. 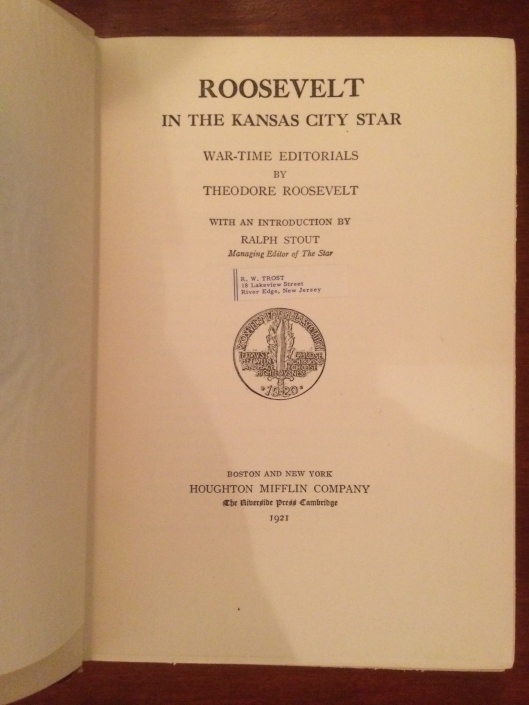