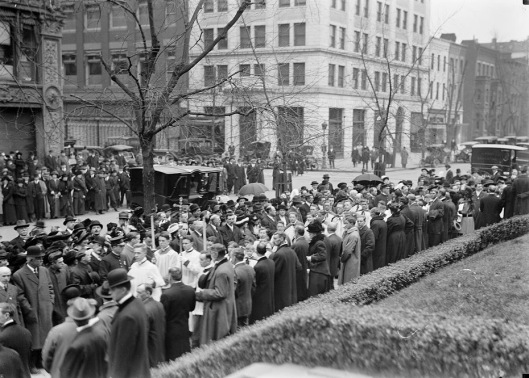 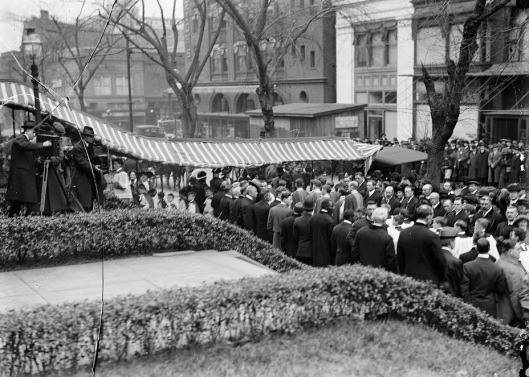 Though undefined in the crowd, William Jennings Bryan was in attendance that Thanksgiving Day. His attendance at the Pan American Mass assuaged concerns of Protestant exclusion and signaled America’s determined neutrality in the escalating war.

Woodrow Wilson was there in 1913 but conspicuously absent in 1914. It seems there was a messy public dispute after the 1913 Thanksgiving mass when Protestants complained about what they saw as the mass’s exclusion. Wilson was at his retreat house in Williamsport, Massachusetts with his daughter, the two quietly celebrating Thanksgiving while mourning the death of his wife and her mother Ellen. Mrs. Wilson had hied the first of August during what turned out to be the first week of the Great War. Three months later peace was the topic of the day in St. Patrick’s. The president’s personal aide, Joe Tumulty, and his Secretary of State, William Jennings Bryan, represented his that Thanksgiving day. Tumulty and Bryan were wise if subtle choices; Tumulty was a practicing Catholic and Bryan a devout Protestant pacifist. With war in Europe entering its fourth month Bryan’s attendance signaled to both domestic and foreign audiences that the United States was determined to stay out of it.