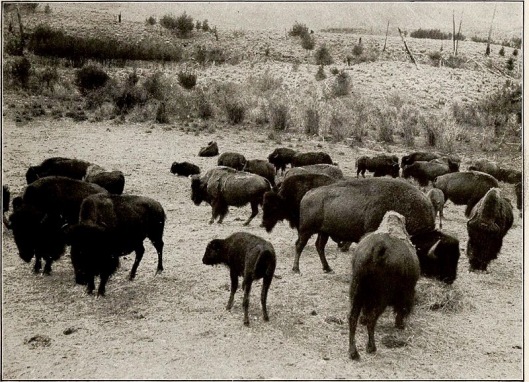 Yellowstone as it was in 1916, the year Woodrow Wilson signed the enabling legislation creating the National Park Service. President Grant had established Yellowstone itself as a national park forty-four years earlier.

With 2015 now in the books we can officially declare an end to the Civil War sesquicentennial. Some pundits claimed it to be underwhelming, but I believe our understanding of the events of 1861-65 is clearer now than it was five years ago. Visitation was up at the Civil War sites, and various bloggers did an outstanding job of telling the story. Scores of others contributed as well. That said, it is a cruel irony that it took the terrible events in Charleston this past June to bring the Civil War’s legacy into most of America’s homes. When they write the history of the Civil War sesquicentennial forty-five short years from now during the bicentennial, Charleston will be a big part of the narrative.

2016 marks the 100th anniversary of the creation of the National Park Service. National parks themselves date back to the Ulysses S. Grant Administration, and were further aided during Theodore Roosevelt’s tenure when he signed the Antiquities Act in 1906. Woodrow Wilson signed the legislation creating the Park Service itself a decade later. There are few NPS sites relating to WW1 in the United States; most of that work is carried out by the American Battle Monuments Commission overseas. Governors Island here in New York is about the closest one gets to an NPS site relating to WW1. (It is so much else besides that too of course.) I don’t have many details to give away just yet, but this coming summer on Saturday July 23 the National Park Service and the World War One Centennial Commission will be co-sponsoring a day-long event commemorating the First World War. I can’t tell you how excited I am about this and will share more detail as they come. This is the first I am mentioning of it publicly.

The National Park Service theme through December 31st is Find Your Park. Wherever you are, I encourage you to visit the various natural and historic wonders that are waiting to be discovered. And if you live in the New York area, please mark your calendar for July 23 so you can make it out to Governors Island.