I visited relatives last weekend and while there my uncle took me to several WW1 monuments, markers, and tablets spread across numerous towns around Boston. It seems that all of the small communities in the area left some kind of marker to remember the events of the Great War. One of them even commemorated a doughboy killed in France in early 1919, a reminder that the danger did not end with the Armistice in November 1918 and that Americans were in harm’s way for some time thereafter. I intend to share these monuments in greater detail over the course of the rest of the summer, but wanted today to show a few pics from last week.

My uncle was extraordinarily kind and generous; he researched all of the monuments himself and drove us to each one, which was no easy task. It was also the hottest weekend of the year with temperatures in the mid-90s on both days. It would have been so easy for us to call it a day at any given point. Still, it was such a good time. Again, I will go more into these in the near future but here are a few snippets from our two excursions.

This is the town square in Hopedale. The statue in the background is General William F. Draper who fought for the Union in the Civil War. The statue is beautiful and was sculpted by none other than Daniel Chester French. Noting this, my uncle and I discussed how the veterans of the North had the financial resources to build these types of monuments to a degree that the veterans of the physically and economically devastated South did not. (Seeing the ghastly Stonewall Jackson statue at Manassas yesterday only drove the point home.) Hiring French cost General Draper’s widow a fortune. Still the Draper family was part of the industrial boom taking place during the Gilded Age and had the means to do it. The WW1 monument we came to see was directly behind where he is standing.

Some of the monuments are small and easy to miss. This one above was dedicated to a particular individual and is in remarkably excellent condition. 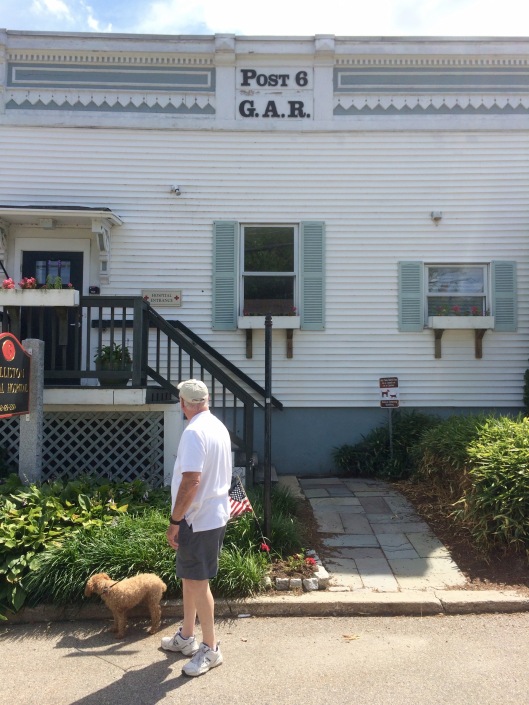 You can barely make it out but the marker, again dedicated to an individual, is on the pole just to the right of the small American flag. I imagine that when the marker was dedicated, presumably in the 1920s, there were still a few GAR members around to witness the occasion. This Grand Army of the Republic post is today an animal hospital. 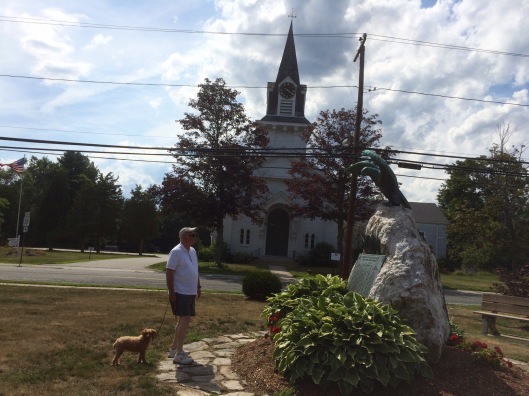 Another town, another WW1 memorial. This one dedicated in 1935. When recording these things, one should always try to put the marker/tablet/memorial into its context and not just capture the object itself. The old New England church across the street adds to the poignancy. On the other side of the street, behind me where I took this picture, was an American Legion post with people coming and going.

These were a great couple of days all the way around, and I look forward to digging deeper into the stories of what we saw and sharing it here.