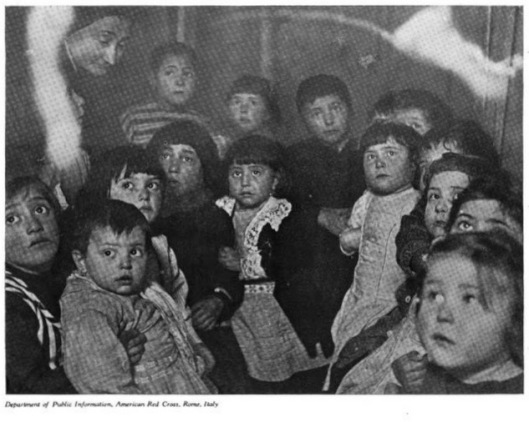 “A Modern Rubens by Flashilght,” The National Magazine, July 1918

I came across this image while researching something else and thought I would share. It comes from the July 1918 edition of The National Magazine. The children are refugees in a Venetian bomb shelter and their caretaker is a nun with the American Red Cross. They are looking up at an airplane during a bombardment. From the day Italy entered the war in May 1915 until the end, the Central Powers bombed Venice more than forty times. The damage to the city was as great as anything Italians would see during the Second World War, which is saying a lot. The editors described this as a “flashlight photograph,” by which they presumably meant it was taken in darkness with a flash bulb. Hence the title: “A Modern Rubens by Flashlight.” The Rubens reference may be to the Flemish master’s early seventeenth century “The Massacre of the Innocents.”