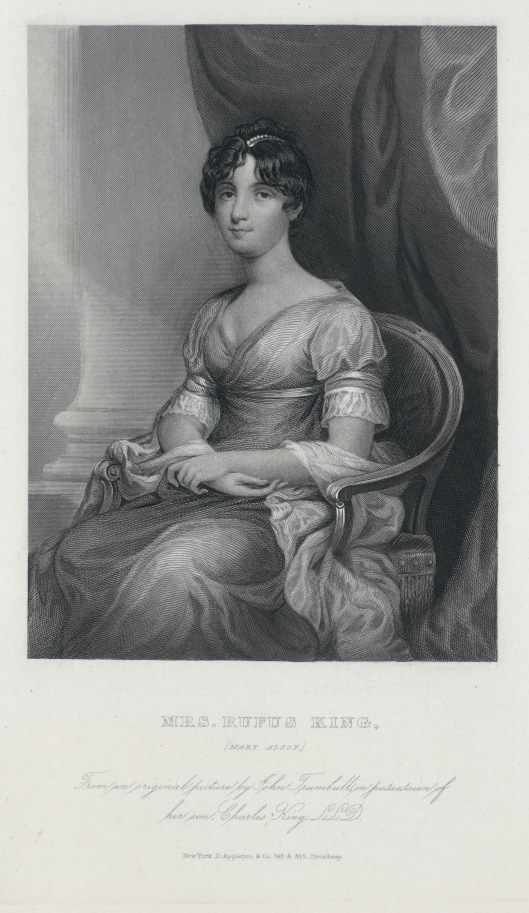 Over the weekend I continued on a project that ideally will become public sometime later this spring. I’d rather save the content for the project itself but could not resist sharing right now that two of the main figures in my story were married on this date in Manhattan in 1786. Rufus King represented Massachusetts in the Congress of the Confederation when he met Mary Alsop, the beautiful daughter of wealthy New York City merchant John Alsop. The following year King represented Massachusetts in the 1787 Constitutional Convention and helped draft that document. By the following summer the necessary number of states had ratified the Consecution, after which he and Mary moved to New York permanently. King was soon elected to the U.S. Senate and served in the First Congress. More . . . hopefully, to come.