Today is the second and concluding section of our look at the history and legacy of the Negro Leagues, which began play one hundred years ago in 1920. In August 1945, just weeks after the dropping of the atomic bombs on Hiroshima and Nagasaki ended the Second World War, former Negro Leaguer and veteran Jackie Robinson signed a contract with the Brooklyn Dodgers that ultimately signaled the beginning of the end of Negro League baseball.

If you have not already, read part one here.

Baseball declined in talent during the Second World War when many players traded their baseball uniform for a military one and substandard replacements took their place. Returning players, black and white, resumed play in the summer of 1945 and baseball quickly regained its popularity. Major League Baseball remained strictly segregated however, despite the deep pool of African-American talent. White and black players were nonetheless familiar with each other because they played frequently in exhibition games. These might be games between two teams from different leagues or contests between collections of black and white all-stars. There is consensus among baseball historians that the best Negro players would have been stars in Major League Baseball. Calls to integrate baseball in the years just prior to the Second World War stalled once America joined the conflict. Demands for integration became more intense after the war as African-Americans demanded equal access not just within baseball but across society. 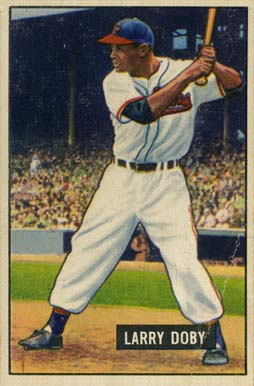 African-American Jackie Robinson had been a standout in baseball, football, basketball and track at the University of California, Los Angeles (UCLA) before serving in the Army as a second lieutenant during the Second World War. He played briefly for the Kansas City Monarchs after his return before signing a contract with Branch Rickey of the Brooklyn Dodgers on August 28, 1945. Robinson played for the minor league Montreal Royals in 1946 and led the team to the International League title. He made his Major League debut at Ebbets Field the following season on April 15, 1947 against the Boston Braves. Larry Doby became the first African-American to integrate the American League, when he appeared for the Cleveland Indians on July 5, 1947. Robinson, Doby, and the two other African-American players who broke baseball’s color barrier that season endured cheap shots from opposing players, taunts from fans, and even death threats over the course of the season. Baseball teams continued integrating and African-Americans, many of them former Negro League players, quickly became standouts. An African-American won the National League Most Valuable Players award eight out of ten times in the 1950s.

By the 1960s both the American and National Leagues were fully integrated and African-Americans were making major contributions to the game. Retired Boston Red Sox outfielder Theodore “Ted “ Williams used his July 1966 National Baseball Hall of Fame induction speech to express his hope that someday ballplayers like Satchel Paige and Josh Gibson might be added to the Hall “as a symbol of the great Negro players that are not here only because they were not given the chance.” Major League Baseball Commissioner Bowie Kuhn formed a Negro League Committee to determine what players to induct. One month later Satchel Paige became the first Negro League player inducted into the Hall. The committee continued its work until 1977 and inducted several additional players. In 2006 the Hall of Fame created a committee of historians to examine the cases of other Negro players, owners, and executives who might also merit inclusion.

African-Americans contributed off the field as well. Star player Curt Flood sued Major League Baseball for refusing a trade from the St. Louis Cardinals to the Philadelphia Phillies in 1969. The case eventually went all the way to the Supreme Court in 1972, and while Mr. Flood lost the decision his trial helped end the “reserve clause” system that kept players contractually tied to one team at the owners’ discretion. The Flood Decision helped bring about arbitration and free agency. African-American participation in professional baseball waned in the late twentieth and early twenty-first centuries as other sports grew in popularity. While blacks comprised over 25% of major league players in 1975, the percentage is today less than 15%. Conversely, players from Latin America, the Caribbean, and Asia comprise a larger percentage of players than previously. Major League Baseball has spurred interest in the game through such programs as the Reviving Baseball in Inner Cities (RBI) program, which began in 1989. 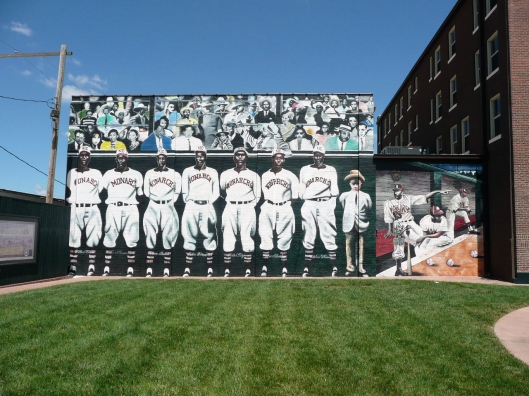 The Negro Leagues Baseball Museum (NLBM), located in Kansas City, Missouri, was founded in 1990 and opened to the public in a modest space one year later. Today the NLBM shares a state-of-the-art facility with the American Jazz Museum in Kansas City’s historic district. The Paseo YMCA, two blocks from the Negro Leagues and Jazz Museums, was added to the National Register of Historic Places in 1991. It was at The Paseo, in the heart of Kansas City’s bustling African-American community, that Rube Foster and others founded the Negro National League in 1920. The Paseo is now the home of the Buck O’Neil Education and Research Center (BOERC). Mr. O’Neil (1911-2006) was a star player for the Kansas City Monarchs and later a coach and manager in the Negro and Major Leagues. He was integral to the founding and growth of the NLBM.