Okay, it is not that rare a discovery but nonetheless an interesting piece of Grant memorabilia turned up in New York last week.  Those who know me know that I love stories of Recently Found Long Lost Items. 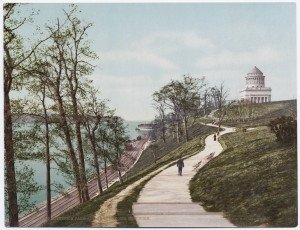 Grant’s 189th birthday is this coming Wednesday and the Park Service has scheduled a day’s worth of events at his tomb.  The best news is that the Overlook Pavilion will be rededicated after an extensive renovation.  The NPS has done a great job refurbishing the mausoleum after the dark years of the 1970s and 1980s.  Things had gotten so bad with crime and graffiti that in the early 1990s the general’s descendants began talking of moving his and Julia’s remains to Illinois if something were not done.  My wife and I went to Grant’s Tomb in the winter and I cannot recommend strongly enough that you visit.