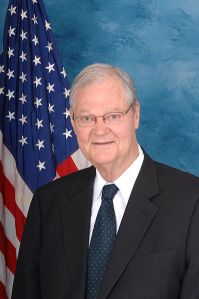 I did not know much about Ike Skelton but I was saddened to learn that he died this week. The former congressman from Missouri had been elected chairman of the U.S. World War 1 Centennial Commission just last month. Skelton served in the U.S. House for thirty-four years, rising to chairman of the Armed Services Committee. As a teenager he once met Harry Truman. Talk about making an impression. Skelton lost his seat in 2010 and was practicing law for a Kansas City firm when President Obama tapped him for the Centennial Commission. Skelton was an excellent choice; his decades of experience in Washington had given him a firm understanding both politics and the military. I was eager to see what direction he intended to take the organization.

The Centennial Commission is something worth keeping an eye on. There are so many directions in which they can take their mandate. Way back, I speculated how they might interpret that mission. It seems they are leaning more toward events from 2017 (The U.S. entered the conflict in April 1917) through 2019, with the Versailles anniversary. I suppose that is fine, but there is a lot else in there as well. The Lusitania (1915) is one example that pops into mind. Yes, it is the United States World War One Centennial Commission but I hope they think wider and put the events of 1914-1919 into their full context. Sadly, the work will happen without the wisdom and guidance of Mr. Skelton.