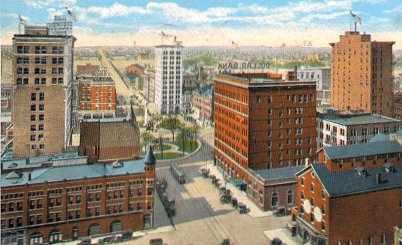 Last night I finished George Packer’s sobering new book The Unwinding: An Inner History of the New America. Packer consciously modeled the book on John Dos Passos’s USA Trilogy. Passos’s Trilogy depicted America as it was between 1910-1930. Packer talks about America between roughly 1970 and today. Trilogy was a series of novels; the stories told in The Unwinding are all too real.

It occurred to me when I read the book that I have never lived in a world where there was no Rust Belt. I found myself wishing my great friend Charles Hirsch were still alive. He was precisely twenty years old than I am and grew up at the tail end of Industrialized America. The loss of our manufacturing job base was something he talked about frequently. Were he still here today we would have talked about Packer’s book and broken it down.

This past November before he died we were planning a trip for this upcoming summer to his native Minnesota, where he was going to take me to some of the old mining towns and places like that. He would have been the perfect guide.

Packer does more than just discuss the collapse of American manufacturing. He tells the story of the deficit, banking crisis, political stalemate, and other ills that have plagued us in recent years. The book works because he puts a human face on the issues. He lets people from all sides tell their stories of success and/or failure in their own words.

I found myself getting older reading the farther I read along. So much of what seems like current events to me–say the energy crisis of the early 1970s–now reads as history. It is terrifying, too, to realize that the wheels aren’t on as tightly as you think they are.