I was down on Lower Broadway the other day and took a few minutes to take these photographs of the Cunard Building. As the plaque indicates this edifice was

constructed after the First World War and thus obviously after the sinking of the Lusitania. It’s strange how such events, tragic as they are, don’t prevent the world from continuing; officials announced this construction project in February 1918 while the war was still going on and very much hanging in the balance.

It is important to remember how long the transatlantic passenger shipping industry existed. It lasted well into the 1950s and even early 60s until the arrival of wide-scale and economical airline passenger travel. John Lennon’s father, Alfred Lennon, was a so-called Cunard Yank, a man who saw the world working shipboard. For years he was a waiter on different ships, entertaining passengers with his humor and singing voice. When the Beatles came to America in 1964 they flew in to JFK. The rotting piers were a fixture of the NYC waterline until just 10-15 years ago when city officials and urban planners figured out how to re-purpose them. 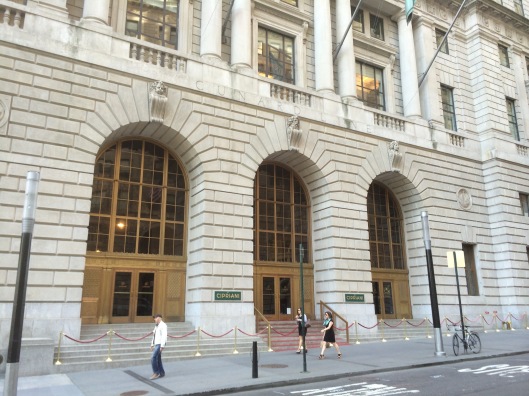 Investors purchased this site at 25 Broadway across the street from Bowling Green for $5 million in July 1919 currency and spent the same amount on the 48,000 square foot building. The construction went quickly; Cunard and other tenants took occupancy in July 1921. Investors purchased the building in 1962. Cunard remained as a tenant for a few more years and left around 1970, not that long ago in the grand scheme of things. 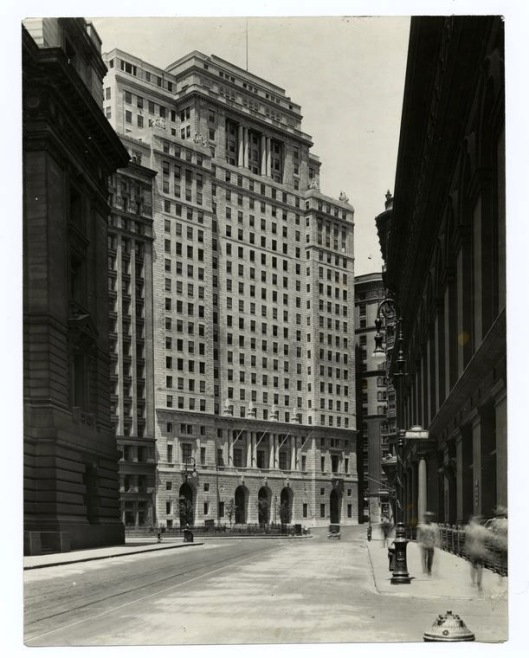