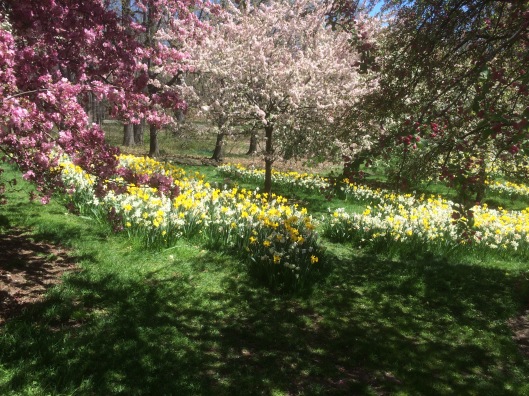 I took advantage of the beautiful weather to visit the New York Botanical Garden in the Bronx. I was there strictly for pleasure, not work, but it is worth noting that one of the co-founders of the NYBG was William E. Dodge Jr. Dodge was a good friend of Theodore Roosevelt Sr. They created and ran the Allotment Commission during the Civil War, among other things. It’s interesting to speculate on how much more Senior would have done had he not died in his mid-forties. One would have to think he might have been involved in the endeavor to brig a botanical garden to New York City. The garden opened in 1891, and is thus celebrating its 125th anniversary. Enough of that though. Just enjoy the pics.

1 thought on “April at the NYBG”