I was at the Brooklyn Museum of Art this morning and afternoon for two separate meetings. On the way, going up Eastern Parkway, I came across the small plaque you see here. I have seen these several times over the years and have even written about them here a little. There used to be many in Cadman Plaza as well, but they seem to have disappeared during the recent renovation. If anyone saved them I have no idea. Note how the tablet says “Died in the World War.” That means it was placed in the 1920s or 1930s. If it were dedicated later, the marker would say “First World War,” or words to that effect to differentiate it from the later conflict.

The tablet is nearly a century old but as you can see the tree in the small plot is obviously much younger. You can see the marker in the upper right hand corner of the little square. 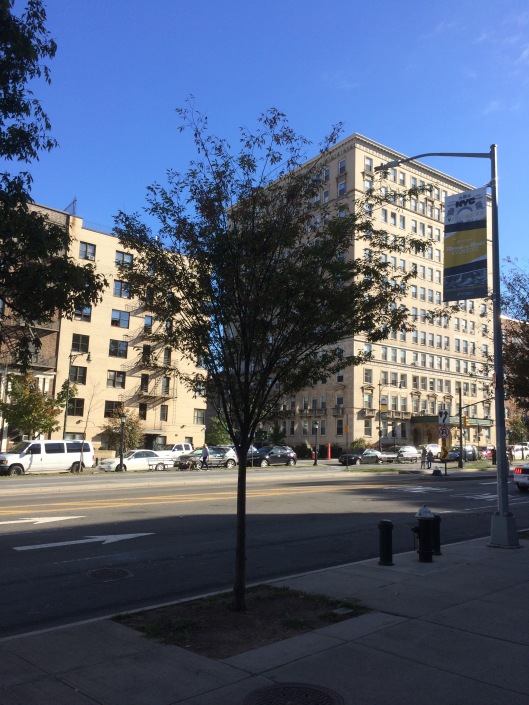 This got me curious about the other trees. Directly behind the one you see above is this larger tree with its own tablet dedicated to another doughboy. I imagine, given its size, that this big boy goes back to the time of the placing of the marker. 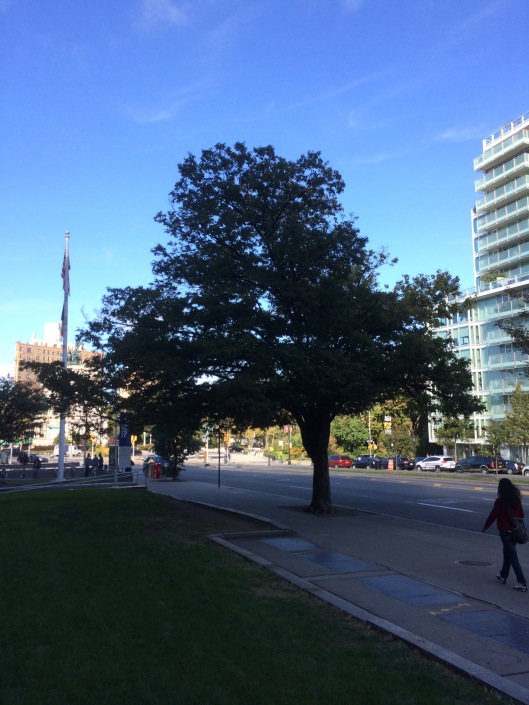 For even greater perspective, here are the two trees in one image.

To give you some perspective if you live in Brooklyn, the trees above are on the eastern side of the Brooklyn Public Library’s central branch. Now a little up the parkway, almost in front of the botanical garden, are these two stumps. My guess is that these trees too were dedicated for Brooklyn’s Great War fallen and that they were felled somewhere later in their life. Sadly the plaques too are gone.

Cobblestones embedded in some of the other trees give a sense of time’s procession.

Vandals too take a toll. Tablets are often stolen and sold for scrap metal. This was a problem especially during New York City’s hardest years in the 1970s and 1980s. Note the stone, sans tablet, in the lower left corner.