Flag Day 1918 was a fairly big endeavor here in New York City. For one thing, the United States was now fully engaged in the war in Europe. The Battle of Cantigny for instance had taken place just weeks earlier, with significant casualties and American deaths. Labor, management, public school children and other constituencies turned out that June 14 to show their colors. Overall Flag Day 1918 seems to have been a positive thing. However it commenced what to some may have appeared a more worrying event: June 14, 1918 was the kickoff to what national organizers were calling Loyalty Week, in which the foreign-born, especially Germans, were being asked to demonstrate their adherence and show their support for the war effort. Here we see a whiff of the nativism that had been escalating for some time. Anti-German episodes had occurred in the United States since the start of the war and had increased after the Ludendorff Offensive had begun in March 1918.

Still, tens of thousands of New Yorkers from across the five boroughs, including Russians and Slovaks from Brooklyn, Jews and Italians in the Lower East Side, German-Americans from Yorkville, and those whose roots dated the Revolutionary War Era turned out in a celebratory mood. Here are a few photos, just three of many, from that day. 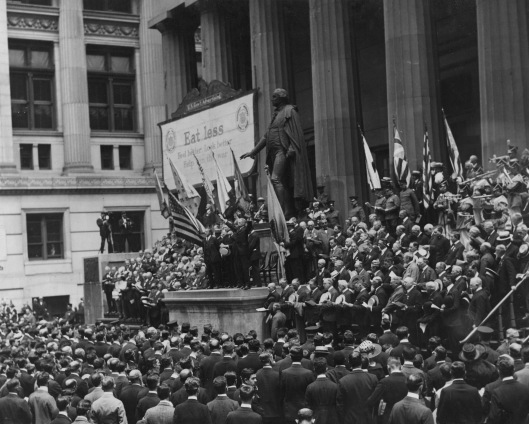 The Sons of the Revolution in the State of New York held this gathering at the Sub-Treasury building near Wall Street. The sign reads: Eat less. Feel better. Look better. Help win the war. 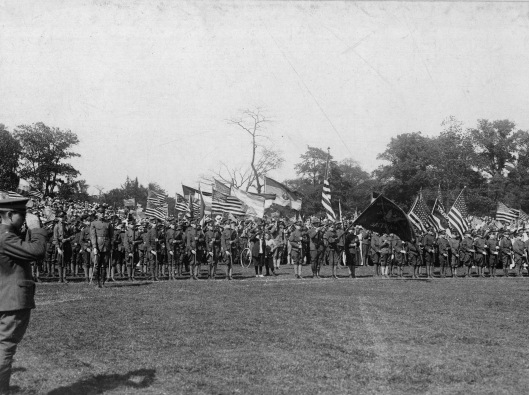 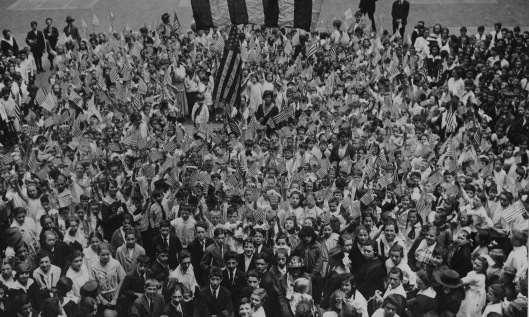