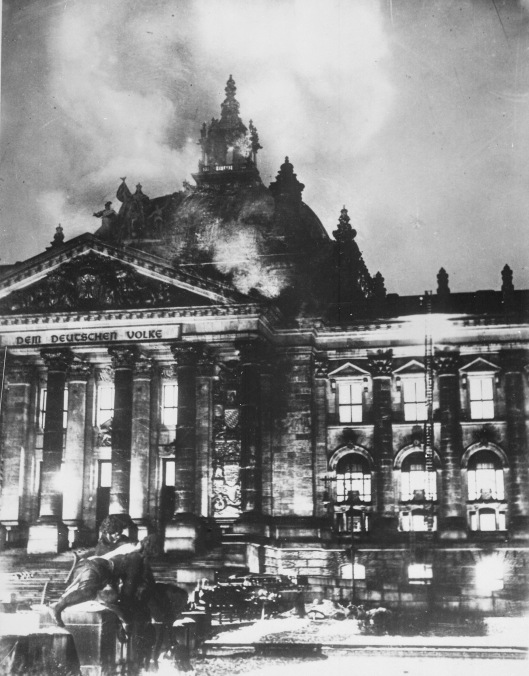 I would be remiss if I did not stop and at least briefly note that today is the anniversary of the Reichstag fire, the burning of the German parliament building in Berlin one month after Hitler’s ascension to the chancellorship. The exact circumstances of the fire remain in dispute almost eight decades after the incident, though Nazi arson is often given as the most likely cause. What is clear is that Hitler used the incident as a means to secure greater control of his tenuous coalition; immediately following the conflagration, with the ashes still smoldering, they persuaded President Paul von Hindenburg to issue the Decree for the Protection of People and the Reich, known also as the Reichstag Fire Decree, clamping down on freedom of the press and other civil liberties. I have never understood why people do not take what public figures say at face value, especially when said figures are perfectly clear about their intentions. In Hitler’s case he had already made his objectives clear in the autobiography he had published in the mid-1920s. With the Reichstag fire the new German chancellor was one step closer to those goals.