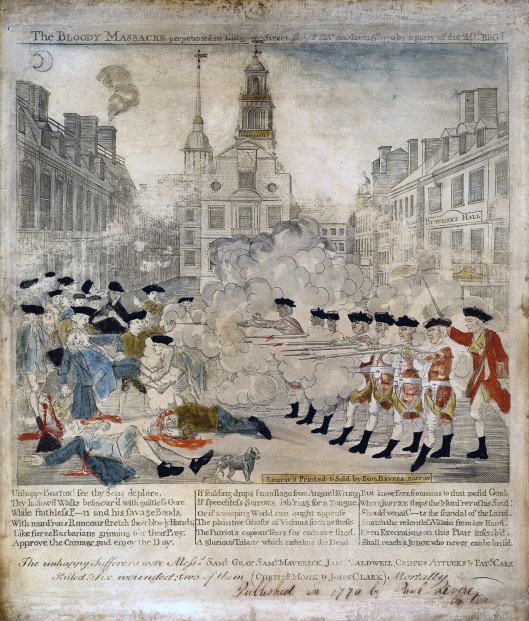 I do not have much to say about the events of March 5, 1770 at the moment but I would be remiss if I did not at least briefly mention that today is the 250th anniversary of the Boston Massacre. I don’t believe it is saying too much to aver that we are now fully in the American Revolutionary War sestercentennial. There will be many events over the next six years, climaxing of course in July 2026. That seems far away but will be here before we know it. I am old enough to remember the bicentennial of the Revolutionary War in 1976. That 200th anniversary was just two years after Watergate and one year after the Fall of Saigon. Talk about the need for a usable past.

While I was too young to understand at the time how scholars used the 200th anniversary as a moment to explore our understanding of the war, I was very much aware of how the commemoration played out in the public consciousness. You couldn’t miss it in 1976; it was just all around you. I know that many communities are already preparing for events coming over the next six years. Publishers, too, are no doubt planning on releasing numerous works that will add further nuance to our understanding. Our current moment is an opportune time to study and reflect on the events of the 1770s, so far away and yet closer and more relevant than ever, and take to heart the lessons that the men and women of that time–our forbears–learned at such great cost.

2 thoughts on “The Boston Massacre 250th”