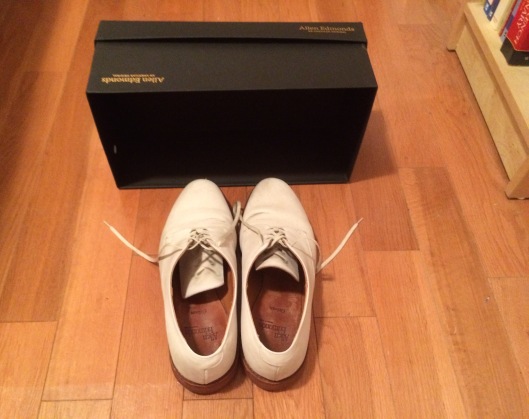 Another summer is winding down. That can only mean that the white bucks go back into the box until the next Memorial Day Weekend. I had a fun and productive summer. I made headway on the Roosevelt Sr. book project and wrote a journal article about which I hope to hear about soon now that Labor Day has come and gone. The Hagedorn piece is moving along. I wrote about 500 words today and reached that point in these type of projects where you know you have enough material to carry you to the end. I don’t know if it will get published but were I not to write it at all the odds would be 0%, wouldn’t they?

The Roosevelts are fascinating on so many levels. This piece begins in the 1850s and ends in the 1950s and the Roosevelt Centennial. The Roosevelt family is quintessentially American, but one thing that is so interesting about them is how integral they were to international events. I suppose that was unavoidable give that both TR and FDR rose to power during the rise of the American Century. Kaiser Wilhelm I, Lincoln, Bismarck, Wilhelm II, Leonard Wood, Woodrow Wilson. These are just a few of the protagonists in the Hergdorn/Roosevelt story.

My gosh, I was looking at the calendar; this is shaping up to be a busy week. Football starts Thursday. The US Open enters is last stages. The pennant races heat up. Enjoy your fall, everyone.